Throughout the divorce process and long after, child custody matters can be painful and emotionally volatile.

Whether you are divorcing, separating, or were never married, keeping in mind the best interests of the children is essential. You need a New Jersey child custody attorney with experience and compassion to help you understand all the elements involved, and what lies ahead. 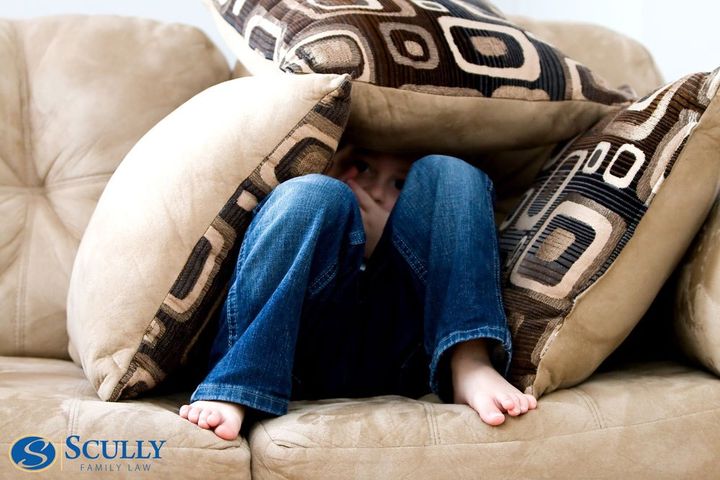 At the law office of Claire Scully, Esq. L.L.C. we advise and assist parents in all areas of child custody matters. As a child custody law firm, we understand it is a delicate topic. We make sure you feel confident and prepared as we work toward the best possible legal outcome for you and your family.

Child custody issues often come up between parents, whether they are divorcing, married and not-yet divorcing, or not married. There are two distinct parts to child custody: “physical” and “legal.” The parent with whom the child or children live has “physical” custody. In New Jersey, courts sometimes call this “residential custody.” The parent with whom the children primarily live is called the “Parent of Primary Residence” ( P.P.R.) and the other parent, the “Parent of Alternate Residence” ( P.A.R.)

Parents with “legal custody,” on the other hand, have authority to make major decisions affecting a child’s health, education, safety, and welfare. While day-to-day decisions regarding a child’s activities are generally up to whichever parent the child is physically with during those times, parents with legal custody are entitled to decide things like where a child will go to school, whether or not a child will attend religious services or instruction, when a child needs medical treatment (other than routine health care or emergency treatment), whether a child may be taken out of the State or Country, and the like. Usually, parents in New Jersey share joint legal custody, barring an irregular circumstance.

What is Sole Physical Custody?

In New Jersey, “sole physical custody” or “sole residential custody” means that a child lives with one parent most of the time and spends less than two overnights per week (or the equivalent), plus some additional vacation or holiday time, with the non-custodial parent.

What is Parenting Time ( also known as “Visitation”)?

“Parenting time”refers to the time that the PAR  parent spends with a child when the other parent has sole physical custody. New Jersey courts prefer to use the term “parenting time,” ( as opposed to “visitation”) to emphasize the fact that the PAR  has an important parenting role that extends beyond just “visiting” with a child.

What is Shared Physical Custody?

If a child spends more than approximately two overnights per week with each parent, the parents have “shared physical custody.”  These previously mentioned PPR and PAR designations can affect things like child support calculations and a child’s legal residence for school attendance.

Shared physical custody plans vary widely. So long as the arrangement works in the best interest of the child or children, the plan can be as creative as the parents see fit. Shared physical custody is becoming more common, but it generally works best when parents live fairly close to one another and can make parenting decisions together without a lot of conflict.

In New Jersey, “joint custody,” or “joint physical and legal custody,” refers to a type of custody where the parents share parenting time literally equally and also participate equally in most to all parenting decisions. If this type of arrangement exists, two parents, or the Court,  might make an additional adjustment to child support calculations beyond the usual adjustment for shared parenting time. True joint physical and legal custody is still fairly unusual as it requires a very high degree of cooperation and flexibility between the parents.

What is Joint Legal Custody?

Parents with joint legal custody both have the right to participate in making major decisions for a child. Sometimes parents agree to share legal custody over some matters but not others.  Joint legal custody is very common in New Jersey, even when one parent has sole physical custody.

What is Sole Legal Custody?

A parent with sole legal custody can make major decisions affecting a child without consulting the other parent. Sole legal custody is unusual. It is most often put into place by a judge after a finding that one parent is unavailable or unfit.

What is an “Unfit” Parent?

A court might find a parent to be unfit if the parent has a history of some type of behavior that poses a substantial physical or emotional danger to a child. The behavior is generally something serious, such as child abuse or neglect, or drug addiction or other substance abuse. In extreme cases, a determination of unfitness can be the basis for a court proceeding terminating the parent’s parental rights. In most cases, a parent will retain visitation rights, but visitation may be supervised or otherwise restricted, such as only done in a public place, for the child’s protection. It isn’t uncommon for one parent to accuse the other of “unfitness” in a custody battle. If the accusations seem to have some merit, the court might order a custody evaluation, a best interest’s evaluation, or a family risk assessment.

Custody evaluations are generally carried out by private psychologists appointed by the court on request of one or both parents or the court’s own initiative, or chosen by the parents to help resolve a custody dispute. The purpose is to provide information on what kind of parenting arrangement would be best for a child when the parents cannot agree.

These evaluations are expensive and the parents must pay for them. If the parents can’t afford a private evaluation, the court can ask the county probation department to conduct an evaluation, called a “best interests evaluation”.

A “risk assessment” is carried out by a county probation department when an issue arises regarding a parent’s ability to provide a safe environment for a child.

Any of these evaluations or assessments may include interviews with the parents; interviews with other people important to the child, such as grandparents or teachers; review of school, medical, or psychological records; and home visits.

Can Parents Make Their Own Custody Arrangements?

Not only are parents free to make their own arrangements, courts actively encourage them to do so. Parents with child custody or parenting time disputes must participate in mediation unless there is some circumstance excusing this, such as domestic violence. The court provides free and confidential mediation during which a court-appointed mediator tries to help the parents work out a mutually acceptable parenting plan without attorney participation. If the parents are still unable to agree on a plan after mediation, the court will ask each of them to submit a proposed plan. The court might choose one parent’s plan or create another plan based on the child’s best interests.

What Factors Do Courts Consider When Determining Custody and Visitation Plans in New Jersey?

New Jersey courts and the legislature (as seen in the Custody Statute below  N.J.S.A. 9:2-4) support a policy favoring shared and equal parental responsibility, along with frequent contact between a child and both parents. Beyond this, courts can divide physical and legal custody of a child between the parents in any way that serves the best interests of the child. Courts can consider any factor that affects the child’s best interests, including the following:

With decades of experience in family law, Claire Scully is well-equipped to handle any child support questions and unique situations you may have.